The link has been copied.
Updates 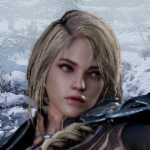 This is an announcement on the Nov. 9 (Wed) Update.

Please check below for more details.

※ The announced details can be edited or changed when updated.

※ All screenshots have been taken in a test server, so the details may change.

※ The details of the newly added contents on this update.

A new Raid Vilam will be added.

- The required level for entering the Raid is [Lv.80] and 8 matching players.

- Cursed Zodiac Walker: Vilam is [Lightning] element and is a [Lv.90] Raid boss.

- New achievements and titles will be added.

- Once you clear the raid, you can obtain a Runestone Selection Chest as well as Gemstone of Courage as the reward.

* You can get a Lv.80 Runestone from the Runestone Selection Chest in the new raid [Cursed Zodiac Walker: Vilam].

- You can enter through each Act Town or [Recruitment Board] in Saluto.

- Once you enter, you will be randomly matched to form a party. If you enter already as a party, then only the remaining number of players will be added.

- The number of raid entries will be deducted each time you clear it and even if you fail to clear the raid you can rechallenge it.

- 9 new Skill Runes will be added.

- 5 new Runestones will be added.

- The new pet Tura will be added.

- The new Portal Skin Natula's Cradle will be added.

* Chaos Dungeon can be entered from 'Saluto'.

* The new Chaos Unique Card will be dropped in Chaos Dungeon by chance.

- 8 options that can be given to Magic and Rare Runestones will be added.

- Several Skill Runes will be improved.

- Rune Knight’s Basic Attack and Earth Blow effect will be improved so that it is shown based on its elements.

- Rune Knight Skill Rune performance will be improved according to the table below.

* The improved performance will not be shown in the Skill Rune tooltip.

- The sound of Poison Rain of Arrows striking and Spread Shot casting will be improved on PC.

- Fixed an issue where the entry point was right next to the boss when entering the boss room of Stra [Scent] in Chaos Dungeon.

- Fixed an issue where some Rare monsters could not move in Chaos Dungeon.

- Fixed an issue where the [Toxic Flame] Stack Effect affected a different DMG that is not Toxic Flame.

- Fixed an issue where the unequipped Chaos Star's effect is being repeatedly applied in a certain situation. (Nov. 9 11:20 UTC+9 Added)

Please be mindful of the details above to avoid any inconvenience while playing the game.

Move to the Login page?

Even after deleting a notification,
you can still view them in "Notification Details".

Move to the login page?